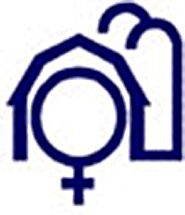 is an online community connecting women living in rural places in the United States.

Find us on social media.

Where we started and why we are here

When we started organizing in the 90s, there was little information online that was specific to rural women in the U.S. Most organizational efforts focusing on rural women were limited to Third World countries. There were some rural women’s organizations in Canada and Australia, including their annual Rural Women’s Award program. The implication was that rural women in the United States had been absorbed into the dominant culture in a developed country and had no unique problems or goals in common to unite them.

The reality is, rural women in the U.S.

Notably absent from resources and information available on the Internet was any rural feminist perspective. “Rural feminism” seemed to be a contradiction in terms. But many of the fundamental problems faced by rural women can be tied directly to the entrenched patriarchal systems in conservative rural places, where women’s province is the home and because they are discouraged from serving in positions of influence, problems are not priortized or addressed from their perspective.

We never insisted that women who joined the community label themselves as feminists, but anti-feminist, anti-womanist sentiment was not a part of the discourse.

We rose to meet this challenge

One challenge faced by scholars involved how to avoid colonizing the voices of rural women, and how instead to seriously face and understand the different contexts of rural women’s lives…. Feminist theorists… are caught in a bind. We call for marginalized groups of women to add their perspectives to feminist discourse and practice in order to enable subjects to speak for themselves, but we realize that the academic and literary worlds are closed or alien to many of these women.
— Carolyn Sachs, Gendered Fields: Rural Women,Agriculture, and Environment

For these and other reasons, we labeled ourselves the Third-and-a-Half World, and set up an online community, Rural Womyn Zone, where we could gather around the issues that were important to us: sharing solutions for maintaining our local communities, supporting each other in the isolation experienced by being politically different from many conservative based towns and perspectives, addressing gender-based oppressions, developing and maintaining local services for victims of gender-based violence, providing information and support to women who were active in their local communities.

The body of work developed during the early years included research, articles, training materials, and art work. Some of those materials will be available for educational and research purposes through the website on these and other issues of women’s health and welfare.